Play the Audio below , and you will listen or view the list an attachmentall for all contributors names when David Dep was on treatment in Akobo County, and Addis Ababa Ethiopia. We the family of David have appreciated the great effort did by David's friends, colleagues, and family members, we tried harder our level best as a human being even though David Dep did not make it today, it's not our fall, but only work of God has remained. (VIEW ALL CONTRIBUTORS LIST)

Col. David Dep Tew was the well-known visionary leader. The world and the South Sudan Community, in particular, will miss his charismatic leadership and sociability characteristics.

One from his children killed in Malakal during this war.

Col. David Tew started his Elementary school at Nasir in 1979;

He left school and joined the movement in Bilpam Ethiopia in 1984;

He returned to Country Sudan in 1986

He started High School in Managil Hosta, Khartoum, Sudan in 1989;

He Graduated from High School in Managil Hosta, Khartoum Sudan in 1990;

He came to Gambella – Addis Ababa, Ethiopia seeking for resettlement to U.S.A in 1993;

He arrived in Nairobi Kenya, for Asylum to the United States of America in 1994;

He arrived in Minneapolis, Minnesota United Stated in 1995;

He moved and lived in Sand Diego, California in 1996;

He lived in Lincoln Nebraska in 2000

He graduated with Associate Degree in Criminal Justice from the Metro College of Omaha on August 15, 2002;

He graduated with the Bachelor Degree in Criminal Justice from Bellevue University in 2005;

He returned to Khartoum and joined the SSDF under General Paulino Matip Nhial, and he became a Secretary of Information, then he was commissioned with the rank of Colonel in 2006;

He was arrested twice in Nasir due to the political differences with the authority in Nasir in 2006;

He was held in prison for one week and released and was re-arrested again on August 3rd in 2006;

He sent to Malakal prison, then transferred to Bahr al Gazale, prison; after that he was released without charges;

He returned to the United States in 2008 after he released from prison;

After the ends of training, his military status has changed secretly, and he graduated as a police colonel;

He relocated to Nasir County due to his differences with Chief of Police, and the Chief of CID of Upper Nile State in 2010;

He was re-assigned to Nasir County, but his assignment rejected by the Chief of Police.

He re-joined the policing training in 2011 in Juba;

After the training, he had no assignment but decided to return to the United States of America to continue his education;

He graduated with Master Degree in Public Administration from National University of San-Diego, California in 2012;

He received a call from Juba for a new assignment to Waw in Bahr Al Gazal and worked as a Deputy Chief of Police in 2013;

He was sick and came to Juba for medical treatment until Juba Massacre occurred on December 15-18, 2013, in which his three nephews murdered in front of him in Juba.

He was evacuated from Juba to Nairobi Kenya by the U.S government in 2014;

He went back to Nasir and led the heavy fighting in August 2014;

In the closing remark:

Humans have never chosen their Date of Births & the Date of Deaths; but what matter is to fill up the lines in between, in which, Colonel David Dep Tew had filled those lines up to the max. May the Lord Almighty bless his soul and comfort the family he had left behind. 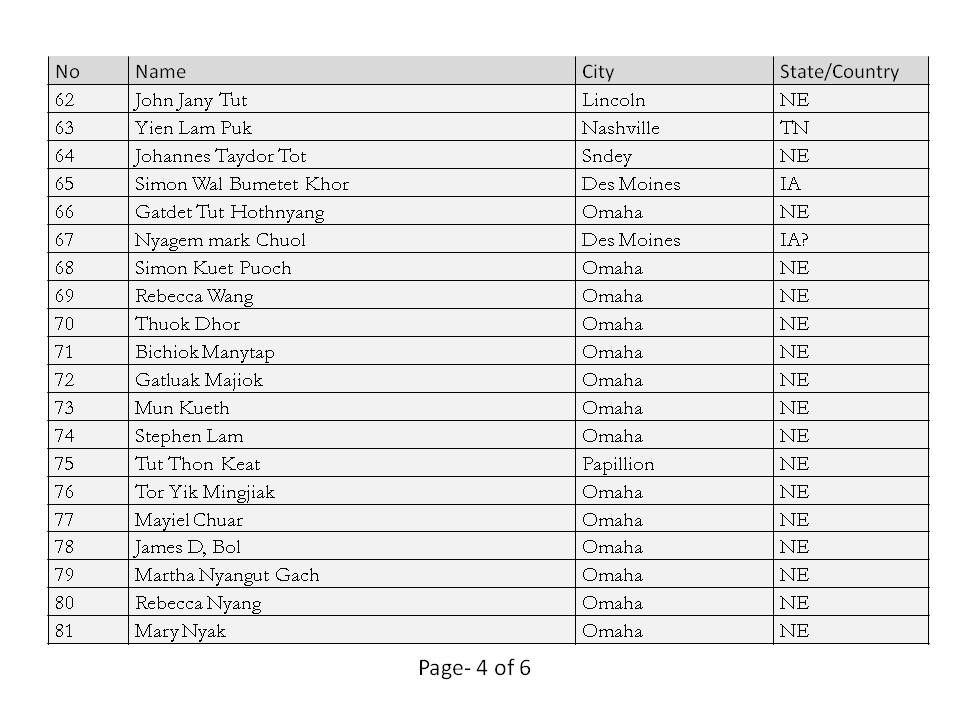 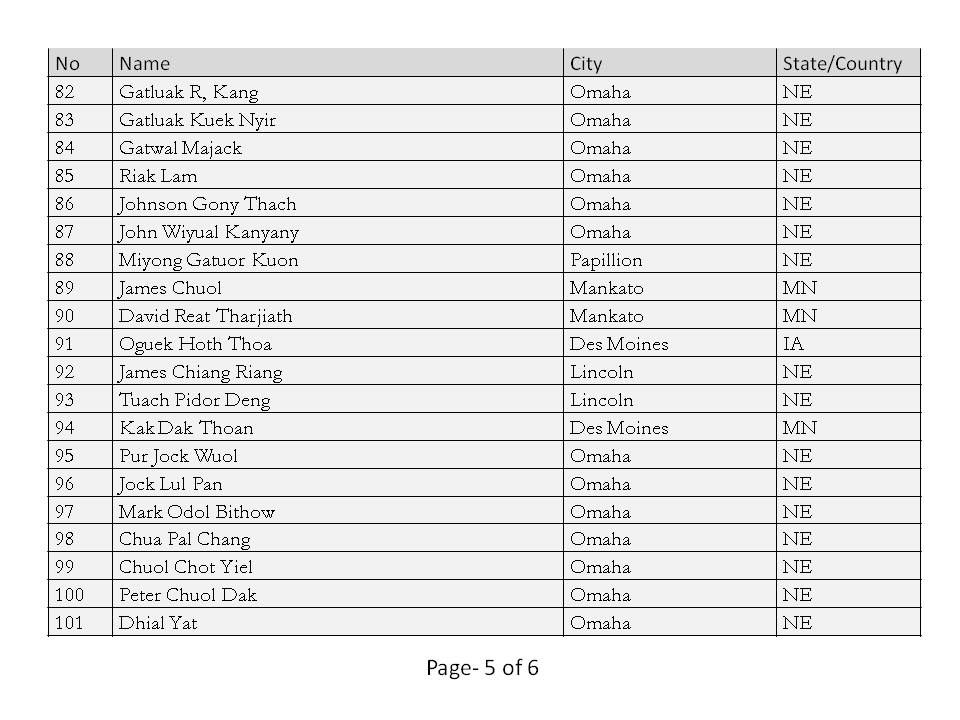 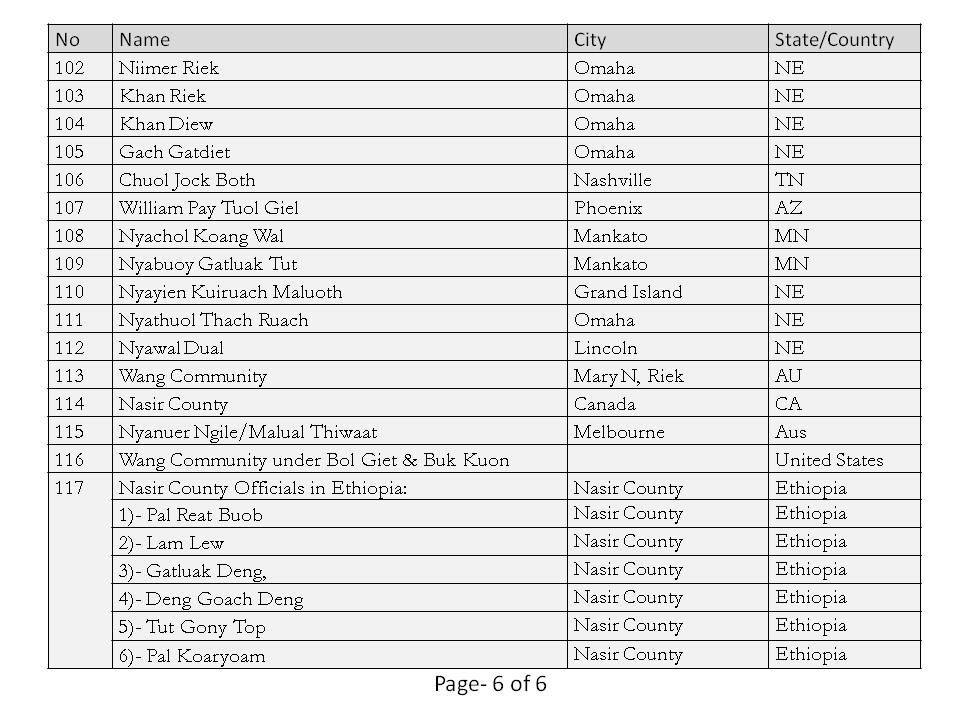